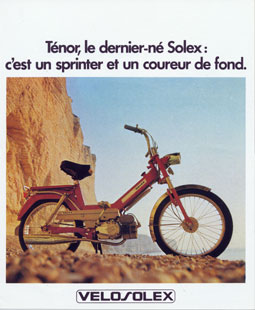 The Solex Ténor / 8000 was sold from 1973 until 1977 :
With an Italian Franco Morini Gyromat engine.
Source Frank Méneret 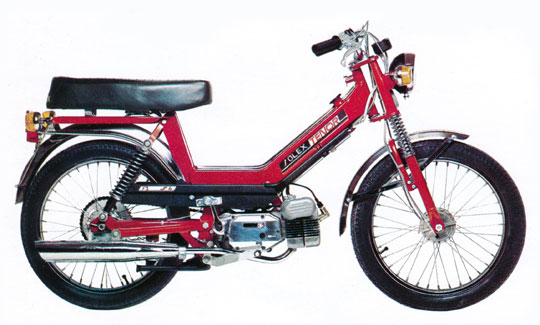 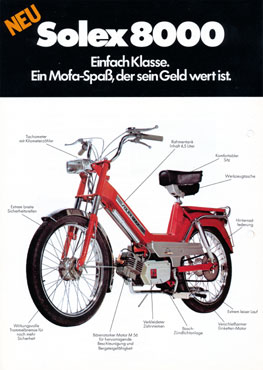 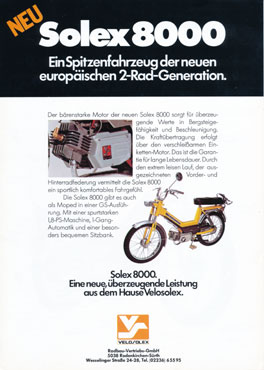 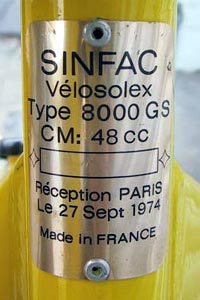 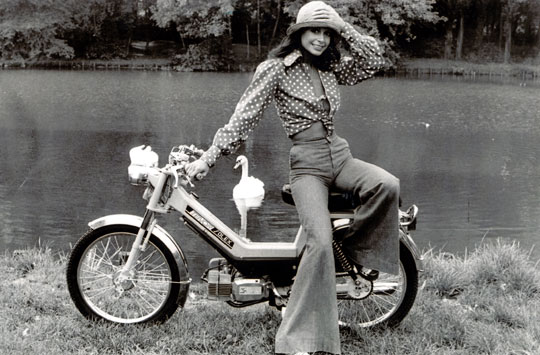 NEW FEATURES OF THE SOLEX TÉNOR L and TÉNOR S

Handlebars and transistorized turn signals of the Ténor "S". 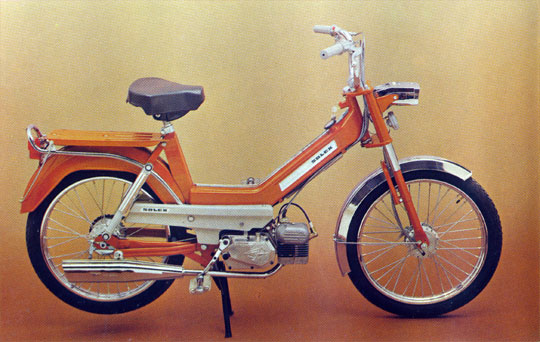 Power – this single word is enough to define the Ténor. Indeed its compact design, its power on acceleration, its ability to take hills, and the effectiveness of its brakes make it a safe, fast and robust machine.
And when you try the Ténor, before taking off, listen to the sound of the engine : its idle speaks volumes...
Because one also notices the Ténor by ear...
3 colors: metallic blue – orange – metallic champagne. 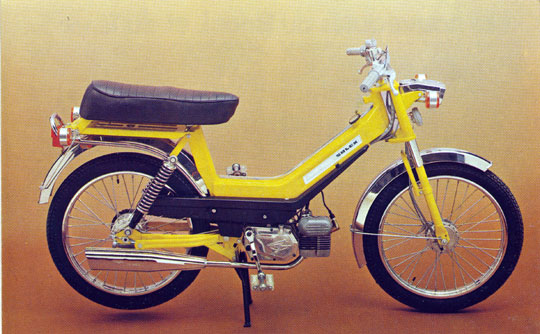 Inspired by the Ténor “L”, the Ténor “S” has the same technical specifications. However, it also has a few features that make it more attractive.
Check out the handlebars, the two-place seat, the streamlined side covers. On the Ténor “S”, the rear suspension is by visible chrome-plated springs, and the moto-x type is stainless steel.
The Ténor “S” also has transistorized turn signals front and rear..
Now that you have had a good look at the Ténor “S”, try it out. But look out, it loves sporty people!
Color: Parma yellow. 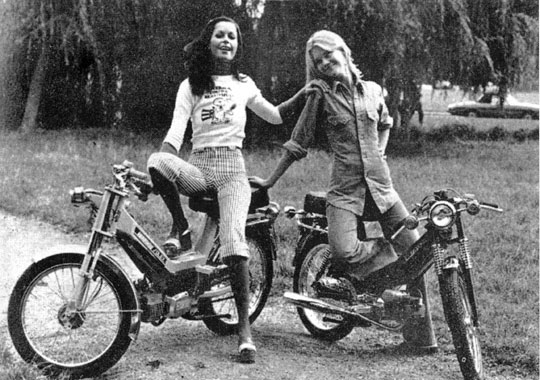 THE TÉNOR IN RENAULT COLORS IN 1975 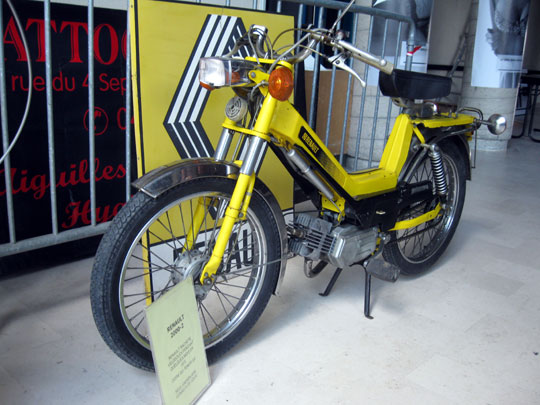 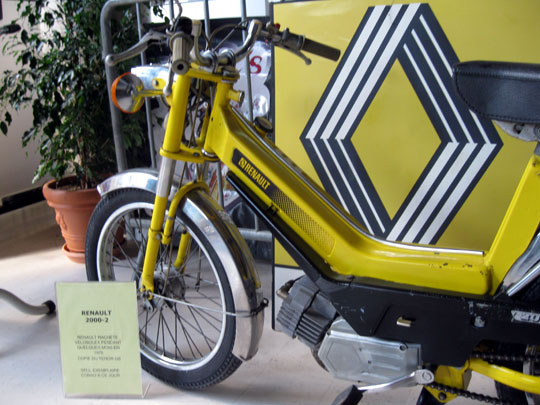 During a few months in autumn 1975, the Renault company took over the Vélosolex brand before selling it to Motobécane.
The “Ténor Renault” shown at Yzeure in 2011 is the only known example today.

TAKEOVER OF THE SOLEX COMPANY BY MOTOBÉCANE 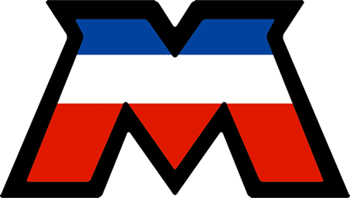 The Pantin-based company ceased production of Ténors in 1977 because they made their own brand of mopeds! 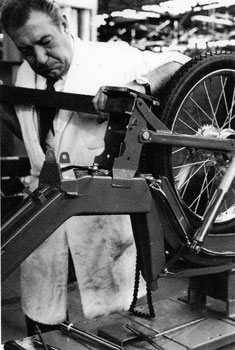 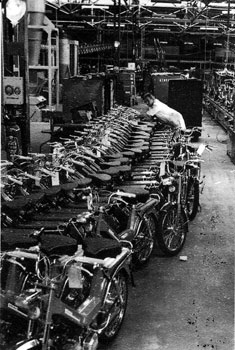 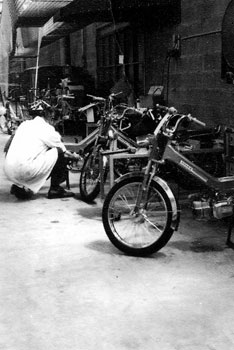 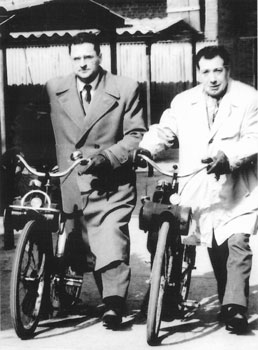 Photos from Monsieur Camille Lomellini, team leader at the Vélosolex factory, who worked for Vélosolex from September 22nd, 1952, until September 15th, 1976 (the date of the final closing of the factory).
As of April 1st, 1962 he was in charge of the tooling shop and quality control, and notably at the end of his career in charge of quality control for the manufacture of the Solex 6000 and 8000.. 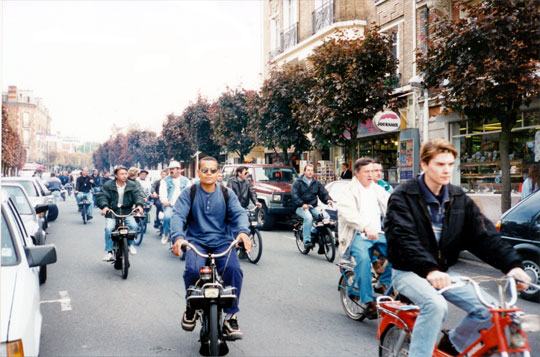