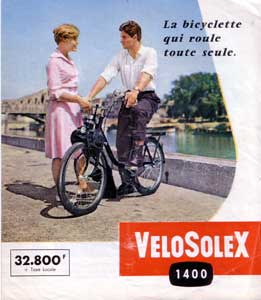 The bicycle that rolls by itself 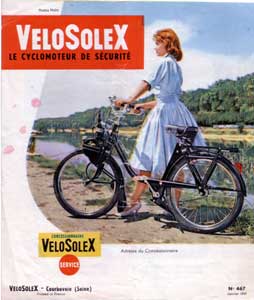 Same motor as the 1010
The differences are seen in the cycle portion:
New 550 rims with 28 spokes equipped with 19” x 1.75” tires
New mudguard to fit the new wheel dimensions
Length of 1.6m, 8cm shorter than the 1010
New pebbled plastic footrest without chevrons

VELOSOLEX THE BICYCLE THAT ROLLS BY ITSELF 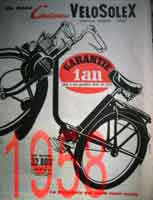 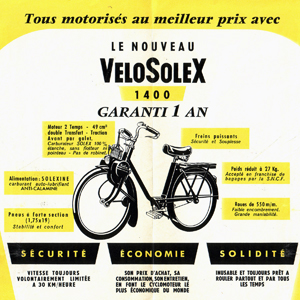 LEAVING THE ERICSSON FACTORIES IN COLOMBES IN 1959 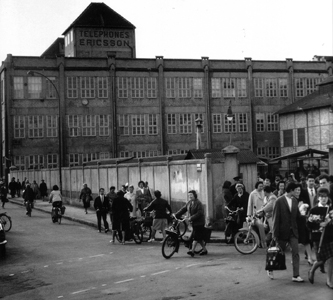 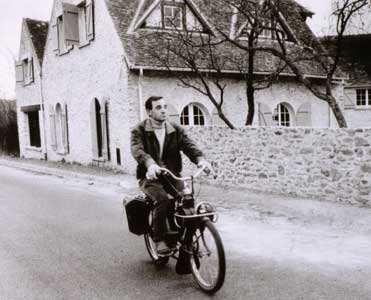 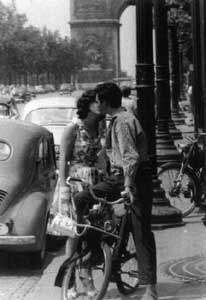 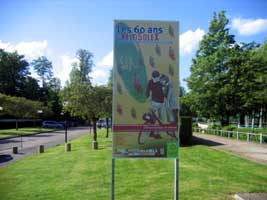 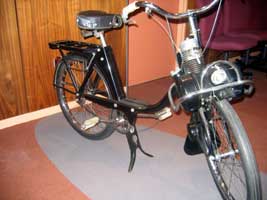 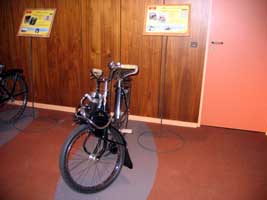 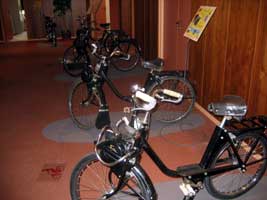