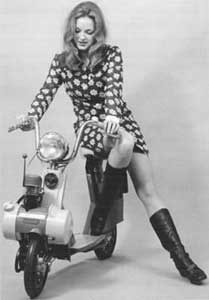 Presentation of the Micron to the 2 wheel
professionals. It is the SIMCA 1100, launched by the Poissy firm, that will be the star of Autumn 1967 at the Automobile Exhibition in Paris.

"It was the time of hippy music, hair in the wind, and being carefree".” Sold in 1968, the MICRON is and will remain the smallest Velosolex in the spectrum. 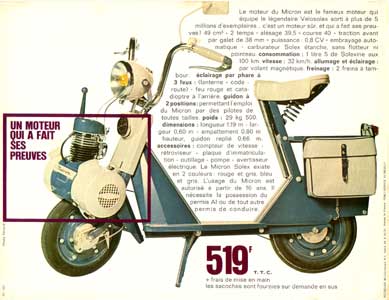 - Lacking pedals, a peculiarity of the MICRON, it is considered to be a "motorbike" by the Administration.
- What is rendered obligatory:
- A1 driving license.
- helmet.
- grey card with the rear license plate.
- electric horn.
- 3 position headlight( brights, regular, and dim).
- metric speedometer.
Motor :
- Same characteristics as the 3800.
- raising lever situated on the right side.
- roller diameter 38mm.
Cycle Parts :
- sheet metal bent and bolted together.
- sheet metal footrest and fenders.
- two drum brakes, front and rear..
- solid, bolted together 220mm wheels.
- Michelin Type Y tires 12 ½ x 1 ¾.
- muffler with a different bend than the 3800’s. 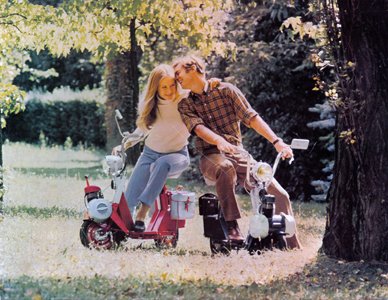 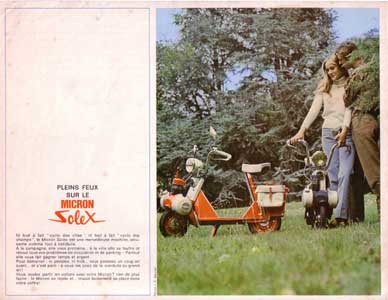 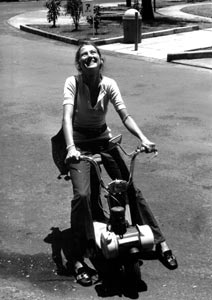 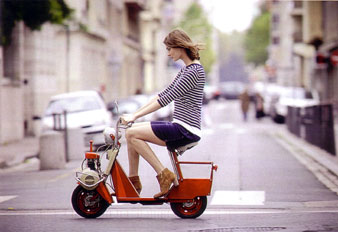 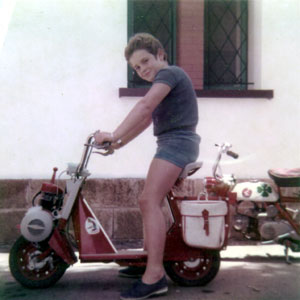 THE SOLEX MICRON AT THE AUTOMOBILE EXHIBITION IN BRUSSELS IN 1968 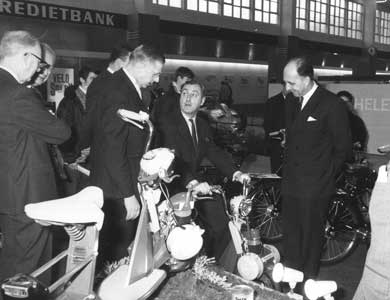 THE SOLEX MICRON IN SOUTH AMERICA 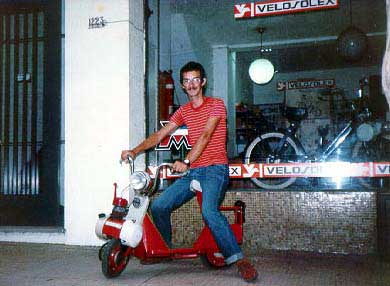 CELEBRITY WITH A SOLEX MICRON 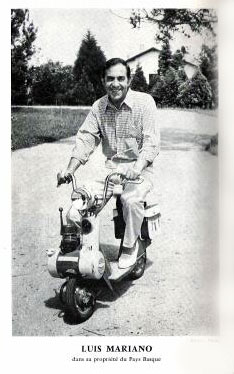 Luis Mariano on her Solex Micron in 1969 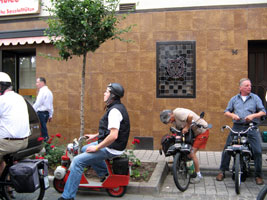 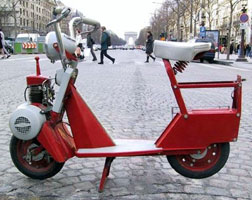 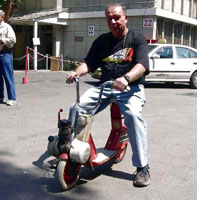 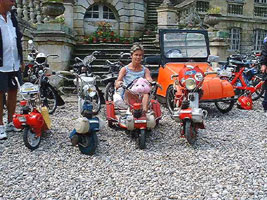 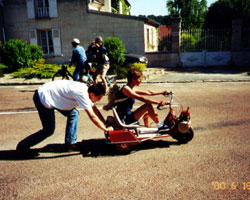 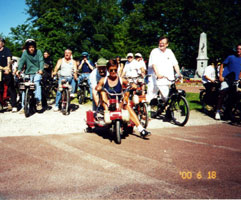 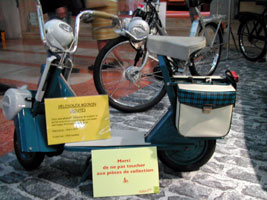 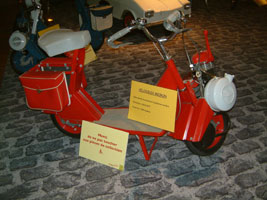 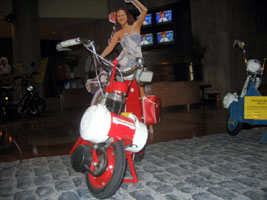 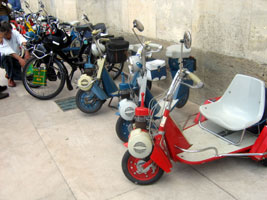 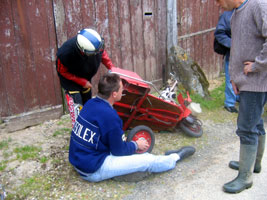 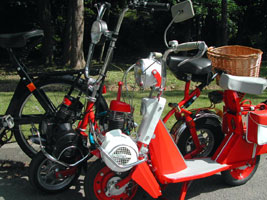